Microscopic chinks in a material can spread and grow into larger fissures—ones that can split apart the plastics and composites used in airplanes, spacecraft, electronics, sports equipment, and pipes. A new, simple technique uses embedded microcapsules to reveal tiny, invisible cracks in a wide variety of plastics by making the cracks glow (ACS Cent. Sci. 2016, DOI: 10.1021/acscentsci.6b00198). Such an early warning strategy to detect these fractures could allow engineers to replace or repair critical components and prevent catastrophes.

Microscopic capsules loaded with various patching materials have been mixed into paints, plastics, and electronics to give the materials self-healing properties. Some researchers have tried to extend this technique to monitoring structural materials for damage. Typically, they have filled capsules with dyes or fluorescent molecules that change color or glow when they react with certain functional groups within the polymer or with triggering compounds. But such early warning systems are complex or have to be redesigned for each polymer or composite.

Nancy R. Sottos, Jeffrey S. Moore, and colleagues at the University of Illinois, Urbana-Champaign, came up with a simple, sensitive system that’s independent of the polymer. They embed plastics with microcapsules filled with molecules that glow on their own after being released. The slightest crack in the plastic ruptures these capsules, triggering a bright blue fluorescent signal that can be detected under ultraviolet light for days. It’s as if the material “bruises,” letting you quickly identify a damaged part before it fails, says Michael Keller, a mechanical engineer at the University of Tulsa, who was not involved in the work.

The system uses polyurethane capsules about 110 µm wide filled with a dilute solution of 1,1,2,2-tetraphenylethylene (TPE) in an organic solvent. The TPE molecules fluoresce brightly only when they aggregate. When damage ruptures the capsules, the solvent evaporates, and the molecules form crystalline deposits on the capsule shell that shine under UV light.

To test the system, the researchers made coatings of epoxy, polyurethane, polydimethylsiloxane, polyurethane, and polyacryclic acid, each containing 10% by weight of the capsules. Scratches made with a blade were undetectable under visible light but shone bright blue when inspected with a handheld UV lamp. The researchers could detect cracks smaller than 2 µm in size and as long as 40 days after the damage occurred.

“We really are interested in incorporating this technology with self-healing technology,” saysMaxwell J. Robb, a postdoctoral researcher in Moore’s laboratory. They also plan to explore the use of the capsules inside composites and other materials.

A lot of time and money is spent today inspecting structural composite parts or overdesigning them so they do not fail, Keller says. He adds that the approach might not work for cracks deeper within a material because the solvent might not evaporate and the light might be harder to spot.

Christoph Weder, a polymer chemist who studies self-healing materials at the University of Fribourg, adds that long-term stability might be a challenge since the solvents could evaporate prematurely, and the need for UV light adds a step. Nevertheless, its simplicity and versatility for various polymers makes the strategy promising, he says. “When I first saw this advance, I said, ‘Four-letter word,’ we should have thought of this.” 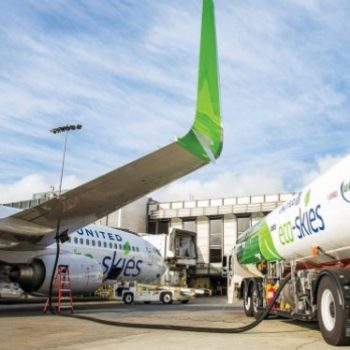